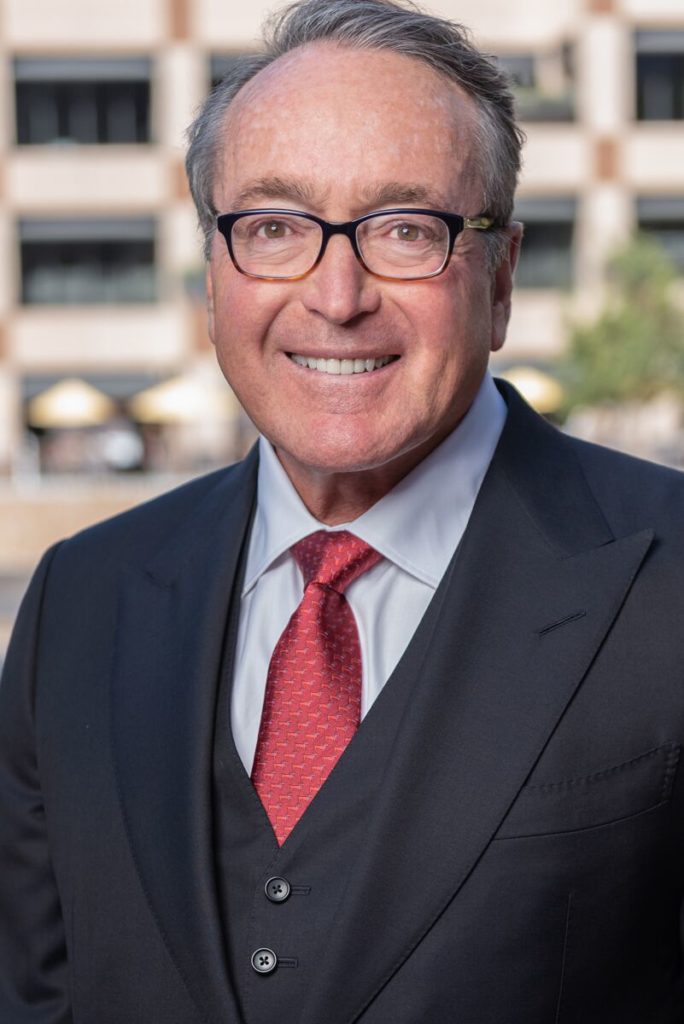 Bill graduated from the University of Santa Clara with a B.A. in Philosophy in 1973.  Following graduation, he served as a Captain in the U.S. Army Medical Services Corps (Third Infantry Division) and was awarded the U.S. Army Commendations Medal, Oak Leaf Cluster for his service, among many other accolades. While still completing his military service, Bill enrolled in law school at the University of Puget Sound in Seattle, from which he graduated, first in his class, in 1980. He joined Gibson Dunn & Crutcher upon his graduation, made partner there in 1987, and served as one of that firm’s premier trial lawyers until his retirement in 2015. After his retirement, Brown Wegner LLP was fortunate to bring Bill on board as Of Counsel, were he practiced until his passing.

Bill was a civil trial lawyer with expertise in securities class actions, mass action nuisance, product recall, product liability, false advertising, anti-trust, patent, intellectual property and Lanham Act cases. He was known for his creativity and tenacity. He loved to take high stakes cases to trial, many of them achieving public notice. Both in and out of the courtroom, Bill was a great mentor of younger talent and dedicated considerable time to helping others develop their own trial skills. Indeed, his famed guideposts for successful trial teamwork—“Wegner’s Rules of Engagement”—are referenced proudly and often, not only by lawyers in this firm, but by countless lawyers across the country who were lucky enough to benefit from his mentorship.

Bill was a respected leader in many worthy professional, civic and charitable organizations. He served as President of the Association of Business Trial Lawyers and as the President of the Litigation Counsel of America. He wrote and spoke often on a number of topics. As a young lawyer, he co-authored the California Practice Guide – Civil Trials and Evidence, Volumes 1-3; and the Federal Practice Guide – Civil Trials and Evidence, Volumes 1-3, (The Rutter Group/Thompson West), both of which have been widely referenced by California practitioners and judges for the last three decades (and counting).  He served as a Board Member of the Stand Up and Shout Foundation, Board Chair of the Shakespeare Festival of Los Angeles, Board Member for The Wonder of Reading, Chair of the Executive Committee of the President’s Council of the Los Angeles Area Chamber of Commerce, and membership in the Chancery Club.

Bill’s life as an attorney and member of the greater community in Southern California was filled with great success and countless accolades; his advice and counsel will be missed. But above all, he was a treasured father, grandfather, husband and friend.